More information about Sojourner 2020 is on the MIT Media Lab website.

Posted by Erin Genia at 1:43 PM No comments:
Email ThisBlogThis!Share to TwitterShare to FacebookShare to Pinterest 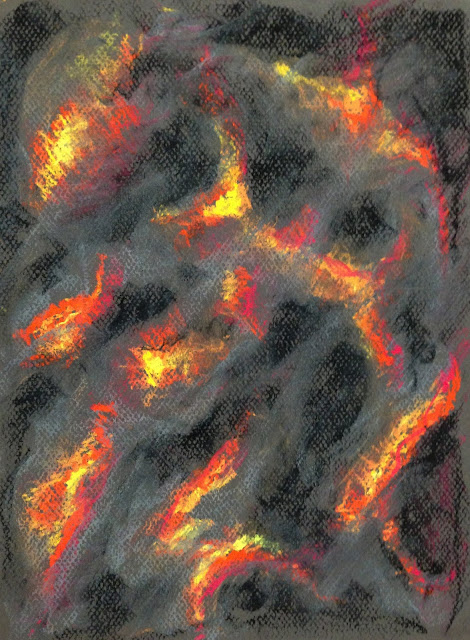 The work depicts a wild forest fire from above. The increasing number and severity of forest fires stems from the colonial legacy of destroying earth-based ways of knowing that are carried by Indigenous peoples. One of these ways of knowing is a centuries-old practice of stewarding landscapes through a variety of methods that include controlled burns to manage forests. The loss of Indigenous peoples practicing these methods over widespread areas, accompanied by a prevalent view that the natural world is a set of natural resources meant for human and industrial consumption alone inevitably leads to uncontrolled wild fires and eventually, ecosystemic collapse.
Posted by Erin Genia at 1:20 PM No comments:
Email ThisBlogThis!Share to TwitterShare to FacebookShare to Pinterest
Newer Posts Older Posts Home
Subscribe to: Posts (Atom)