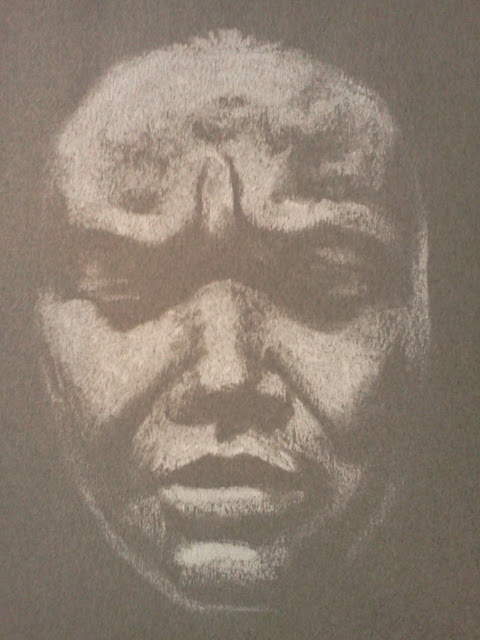 Unthinkable is a quick sketch I did today, a self-portrait.
Posted by Erin Genia at 1:14 AM No comments:
Email ThisBlogThis!Share to TwitterShare to FacebookShare to Pinterest 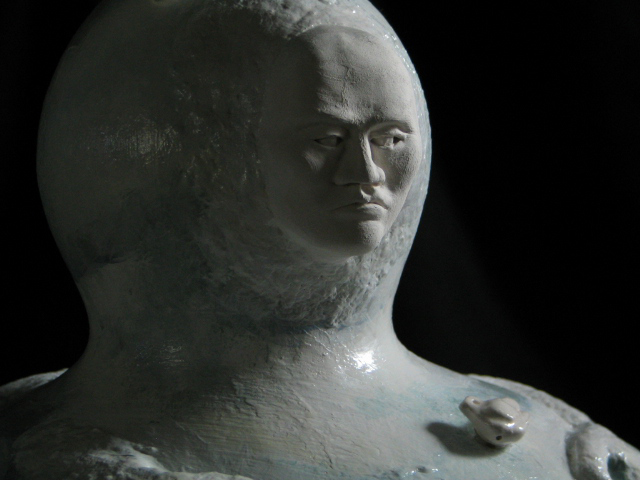 
Grey Cloud Woman, Mahpiyahotawin, brings life from delicate droplets. She transcends elemental phases to deliver the heavens to earth. Gracefully traversing a current of ocean air, Mahpiyahotawin gives her essence freely. Her mesmerizing, floating, flowing nature is a constant comfort. Depicted on the curves of a gourd, she shifts, moves her garment, and rain shimmers down. With the prolonged heat of summer, or the insatiable thirst of drought, I long for a cool shower over the dry land. With this piece, I honor Grey Cloud Woman, and call to her, asking her to bring the healing rain home. 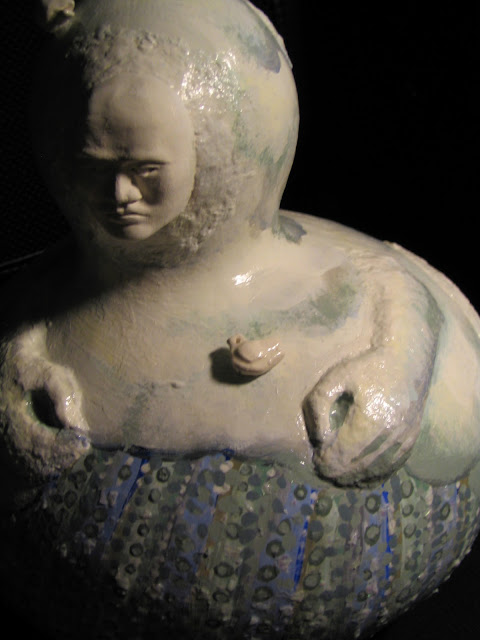 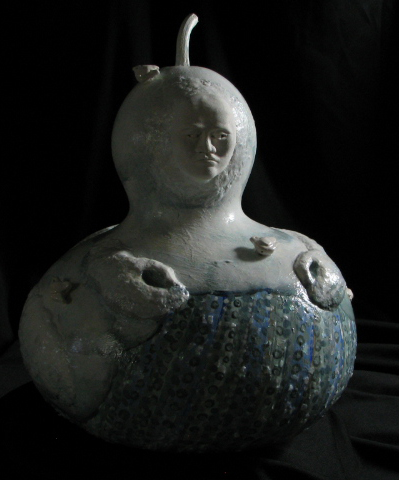 This work is available for auction to benefit the Potlatch Fund, can can be seen here.
Posted by Erin Genia at 11:49 AM 1 comment:
Email ThisBlogThis!Share to TwitterShare to FacebookShare to Pinterest 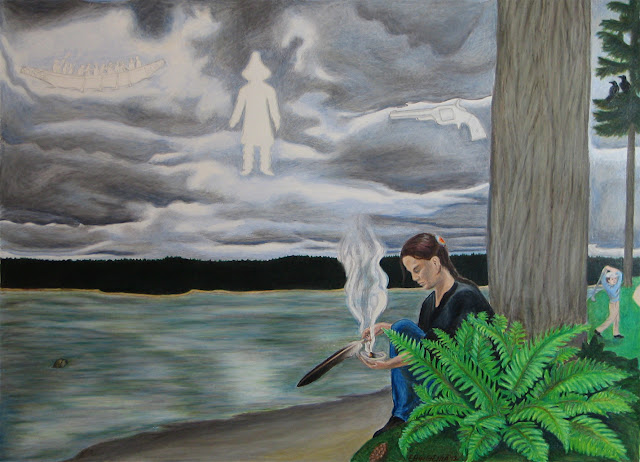 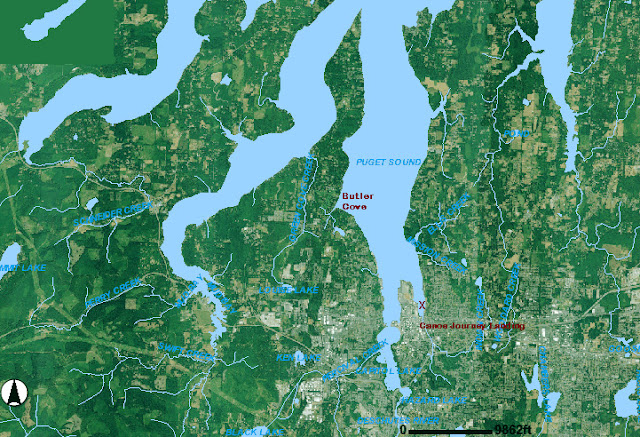 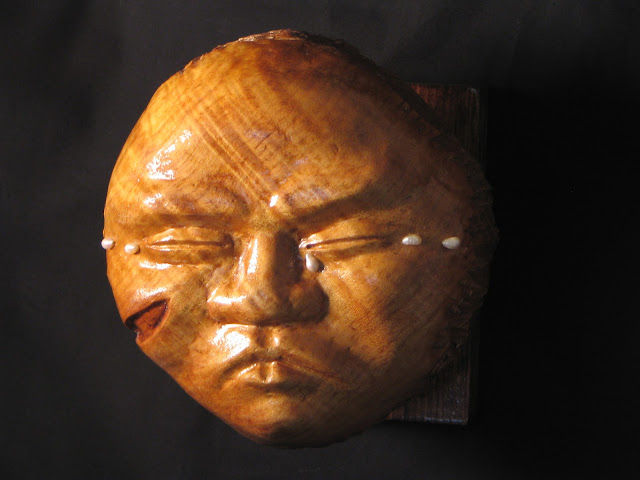 In a world ruled by militarism, let me bring a voice to the silenced. Remember this child, killed for no reason other than being in the wrong place at the wrong time, or of the wrong race, culture or religion. This child is timeless, could be from Iraq or Afghanistan, or maybe from Colombia, El Salvador or Guatemala. This child could be from Palestine, Chechnya, Vietnam or Indonesia. This child could be from Turtle Island during the conquest that created the United States. I see no difference because the results are the same. Think on this child, who will never grow to fulfill their life's purpose. 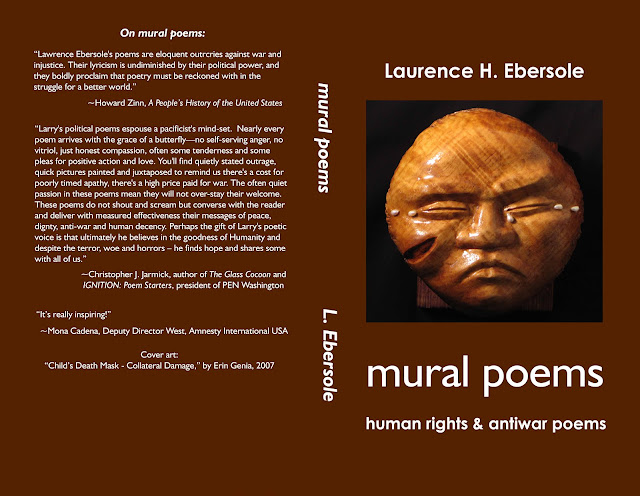 This work was chosen as cover art by my dear friend and fellow Human Rights activist Larry Ebersole's volume of poems called, "mural poems: human rights and anti-war poems." Unfortunately, the book is now out of print. But, before he passed into the next world, the legendary Howard Zinn offered a shining review of Larry's work. Click on the image above to read it. 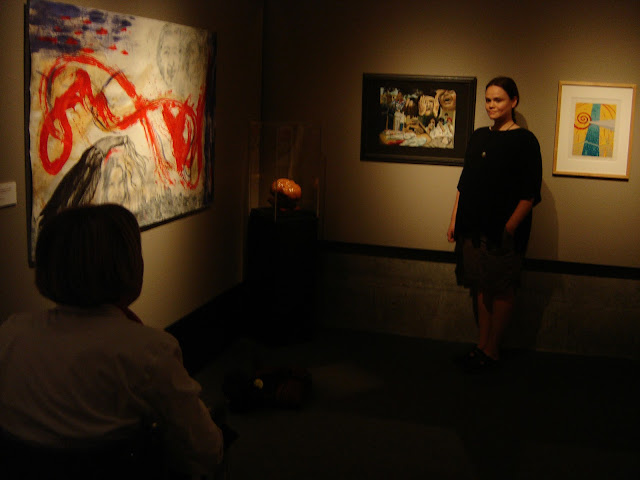 "Child's Death Mask: Collateral Damage" was my first work, alongside a colored pencil drawing called, "Despair of Humanity: Iraq War," to be juried into the exhibition "In the Spirit: Contemporary Northwest Native Arts." The art show is an annual collaboration between the Longhouse Education and Cultural Center and the Washington State History Museum. The work was also published in Red Ink Magazine, Vol. 13 No. 2 in Fall of 2007.


As a Sisseton-Wahpeton Dakota, I am proud to voice a dissenting view on militarism. I see many connections to the wars and occupations being waged around the world to the genocide of indigenous people of this continent. I see many similarities between current resistance struggles and the struggles of our people for self-determination. The warrior spirit for me means that I must think from myself, from my heart, and be willing to act and to give my life, and my life's purpose for the values that I hold dear. I hold the warriors who have been exploited by those who seek only to empower and enrich themselves in my heart and mind.


As I work to decolonize my mind, I must rethink, and re-evaluate what I have been taught. I must replace what comes from being colonized and assimilated with indigenous values at the core of my being. Through this process, I shed tears for those children whose lives have been cut short, the innocent and gentle who have met a violent end for no reason.
Posted by Erin Genia at 2:51 PM No comments:
Email ThisBlogThis!Share to TwitterShare to FacebookShare to Pinterest
Newer Posts Older Posts Home
Subscribe to: Posts (Atom)