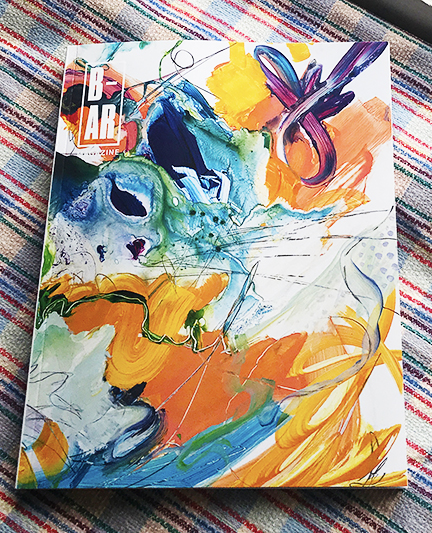 With its vibrant cover, fascinating artists, and timely articles, reading the latest issue of BAR issue 06, “Timestamp” is a great way to get through the quarantine winter doldrums (especially when joined by non-human friends). 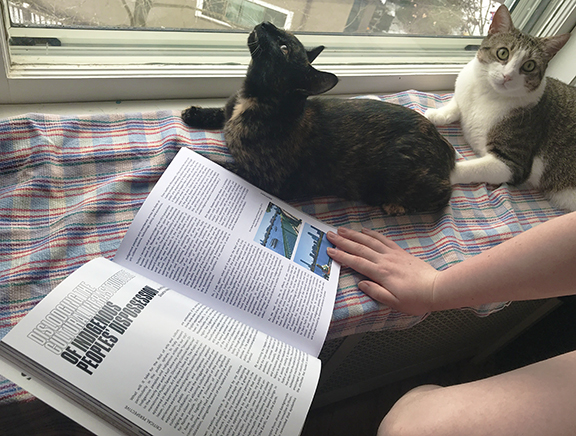 I’m excited to present my critical piece, “Dislodging the Cultural Infrastructure of Indigenous Peoples' Dispossession,” which is an article and timeline featuring my take on some important happenings over the past year in from my lens as a Dakota artist and cultural worker, and an artist in residence for the City of Boston. 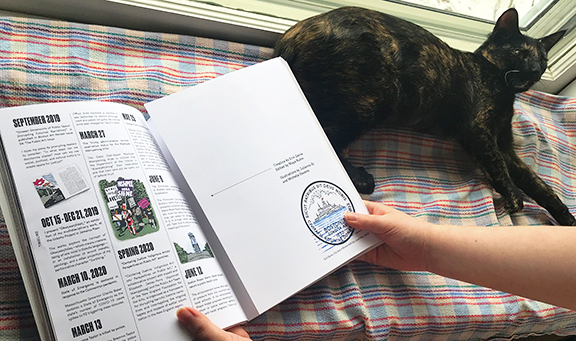 I’m honored to have worked with many amazing artists this year that are mentioned in the timeline, including Elizabeth James-Perry (Aquinnah Wampanoag), Robert Peters (Masphee Wampanoag) and Lily Manycolors (mixed Choctaw); as well as the organizations, Urbano Project, Mayor’s Office of Arts and Culture, New England Foundation for the Arts Public Art Team, and Metropolitan Area Planning Council; and have been influenced by the work of the Boston Art Commission, United American Indians of New England and Radical Imagination for Racial Justice. 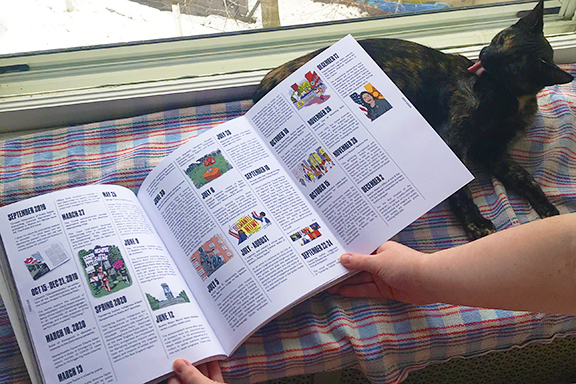 You can order your copy of the Boston Art Review Issue 06 here.

Posted by Erin Genia at 5:12 PM No comments:
Email ThisBlogThis!Share to TwitterShare to FacebookShare to Pinterest

Have you seen these historical markers around? They say "Massachusetts Bay Colony Tercentenary" which was celebrated in 1930. There are dozens around the greater Boston region and many of them were restored in 2019. You can see the terrible Great Seal of the Commonwealth of Massachusetts, which is almost unbelievably still in use, at the top. I was inspired me to make this GIF, feel free to share it.

Posted by Erin Genia at 2:38 PM No comments:
Email ThisBlogThis!Share to TwitterShare to FacebookShare to Pinterest

Posted by Erin Genia at 10:45 AM No comments:
Email ThisBlogThis!Share to TwitterShare to FacebookShare to Pinterest 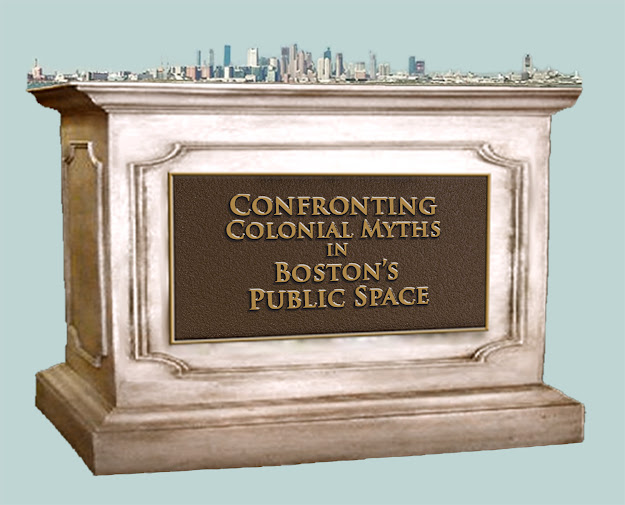 During this virtual panel series, Indigenous leaders, artists and allies spoke about their work in the public realm, and addressed how public symbols perpetuating colonial myths affect the lives of Indigenous people in the city, contributing to the public health emergency of racism. It was live streamed through the Mayor's Office of Arts & Culture Boston Facebook page.

Speakers: Elizabeth Solomon, member of the Massachusett Tribe at Ponkapoag,  Director of Administration in the Department of Social and Behavioral Sciences at the Harvard TH Chan School of Public Health; Pierre Belanger, Ghazal Jafari and Pablo Escudero of OPEN SYSTEMS;  Heather Leavell, co-founder of Italian Americans for Indigenous Peoples Day, museum director and curator in the Boston area; Dr. Darlene Flores, member of the Higuayagua Taino of the Caribbean Tribe, owner, Karaya Wellness Clinic in Brookline.

State Seal of Massachusetts, with me in it 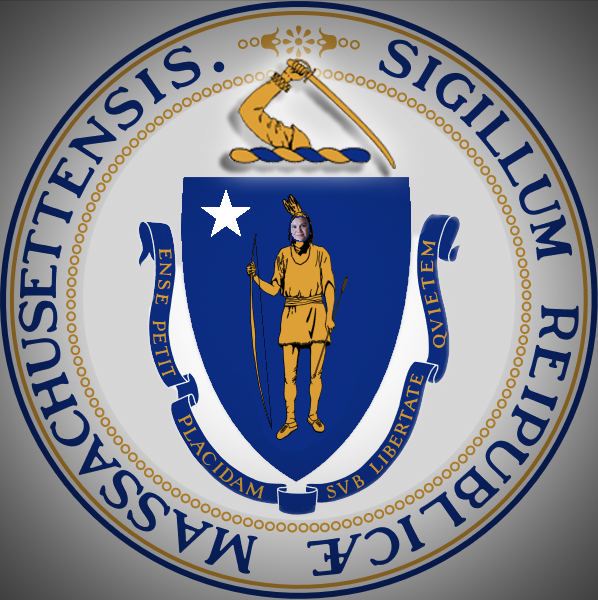 Massachusetts state seal, as a profile pic, "By the sword we week peace, but peace only under liberty" state motto, in Latin.

I put myself in there because I live here. Any way you look at this seal, it's terrible. Time to change the seal and all symbols glorifying colonization.
Posted by Erin Genia at 5:40 PM No comments:
Email ThisBlogThis!Share to TwitterShare to FacebookShare to Pinterest

Posted by Erin Genia at 1:43 PM No comments:
Email ThisBlogThis!Share to TwitterShare to FacebookShare to Pinterest
Older Posts Home
Subscribe to: Posts (Atom)